THE DELTA OF ENOCH 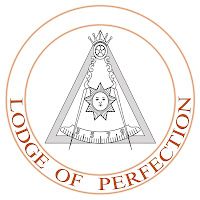 The Delta of Enoch & Its Place in the Scottish Rite
by
Sublime Prince Conor Moran, 32°


Having recently performed in the Scottish Rite reunion of the 14th degree, I began to do a little more investigating into an interesting topic that is only briefly mentioned in the degree work. As I was explaining the symbolism of the apron, I mentioned the Golden Triangle or ‘Delta of Enoch.’ It is simply left at that – an explanation of the apron and nothing more concerning the history or symbolism intertwined behind. Further investigation is left in the hands of the initiate; a story which reveals much further symbolism in the 14th degree.

The use of the ‘delta’ in and of itself is very prevalent in the Scottish Rite. The ineffable delta is used on the VSL and in other degrees. What’s unique, however, about the Delta of Enoch is its ties to the very heart of the 14th degree.

In fact, we have to look to the previous degree in the Lodge of Perfection to gain a fundamental background on Enoch. The 13th degree, the Royal Arch of Enoch or the Master of the Ninth Arch, is closely related to the 14th degree of the Northern Masonic Jurisdiction.

How the story of Enoch has filtered down into the 14th degree, as we now know it, is really quite amazing. The connections between the 5,000 year old story and the underlying themes of the degree are highly correlated.

To begin, who is Enoch? Enoch was a prophet. Enoch was the son of Jared, who in turn had descended from Adam. Enoch was filled with a love of God and he strove to lead men in the way of honor and duty. In a vision the deity appeared to him in the shape of a bright, golden triangle, which said to him, “Enoch, thou hast longed to know my true name. Arise and follow me, and thou shalt know it.” The golden triangle had bright rays of the sun coming from it and was thenceforth known as the Delta of Enoch.

The dream had inspired Enoch to take up a mission and so he journeyed in search of the mountain he had seen in his vision. He grew weary and stopped in the land of Canaan, which was already populous with the descendents of Adam. At this point he employed workmen and with the help of his son, Methuselah, he excavated 9 apartments. Each one of these was one below the other, roofed with an arch. Hence the name of the degree, Master of the Ninth Arch. In the crown of each arch, he left a narrow aperture, closed with a square stone. At the top of the 9th apartment, he built a modest temple. The temple had no roof and contained huge, unhewn (def. unfinished, not brought to a final state) stones.

Modeled upon the vision that he had, Enoch created a triangle made out of pure gold, inlaid with many precious gems, in which he inscribed the ineffable name of God. He then sank the plate into the face of a cube of agate. Agate is a microcrystalline variety of quartz (silica), chiefly chalcedony, characterized by its fineness of grain and brightness of color. 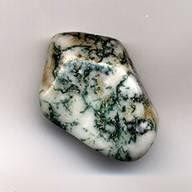 No one in the region knew of Enoch’s actions and to help preserve this treasure, he covered the aperture and the stone that enclosed it and the great ring of iron used to enclose the stone, with the granite pavement of his temple.

Enoch knew of the impending Great Flood, which would soon overwhelm the world. Enoch was afraid that all of the great arts & sciences would be lost forever; he built two great columns high on a hill. One was made out of granite, which would resist fire, and the other was made out of brass, which would resist water damage. On the granite column was written in hieroglyphics the description of the apartments. On the brass, the rudiments of the arts and sciences.

The granite column was washed away in the Great Flood, but the brass column stayed firm and was found by Noah. As the directions about the apartments were lost, the true name of God remained unknown until it was given to Moses in Egypt, when instructed to lead the Israelites out of Pharaoh’s Egypt.

Moses later also engraved the name of God upon a plate of Gold, which he deposited in the Ark of the Covenant. Moses relayed the real name to Aaron and Joshua, which in turn was relayed to the chief priests. The name was made up of consonants, which could not be pronounced.

Later, David wanted to build a temple to God, but left the actual construction to his son Solomon. Originally, Solomon chose the site of Enoch’s temple near Jerusalem. He found Enoch’s overthrown columns and decided that the site was formerly that of a ‘heathen’ temple and did not want to construct a new temple on a desecrated site. So he ultimately chose Mount Moriah for the site of his new temple and under this temple he built a secret vault, the approach to which was through eight other vaults.

The number nine throughout the bible and in many organized religions signifies a completeness or finality. It is the last of digits and thus marks the end.

In this ninth apartment or vault, a column of twisted, white marble was placed. On this column, the Ark was supposed to have been placed. In this apartment, which had a secret passageway leading from the King’s chambers, the King consulted with King Hiram of Tyre and Hiram Abif, they being the only others to know the directions to the apartment.

Ultimately, Solomon decide to erect a Temple of Justice and chose Enoch’s original site. He had the columns removed and the temple constructed.

According to several publications, in academic biblical circles, there exists an entire tradition based on Enoch that lasted until the time of Christ. Some scholars believe that the Qumran community (who wrote the Dead Sea Scrolls) was composed of two priestly schools, the Enochician and the Zadokite. According to the Book of Hiram, the Enochian school was based on astrology and astronomy, with particular reference to the Sun.

So what could have happened if Solomon found the golden triangle or Delta of Enoch in Enoch’s former subterranean vault? The latitude of the Jerusalem Temple is very interesting. If one places a sighting rod or deacon’s wand in the ground and mark the shadow of the first golden rays of the rising sun on the summer solstice (St. John the Baptist) and do the same on the winter solstice (St. John the Evangelist Day) it forms a perfect equilateral triangle.

Interestingly, the 14th Degree of the Scottish Rite, or the Grand Elect Mason, takes us to this subterranean vault of Solomon. The degree deals with several underlying themes: obedience to God, the true name of God, and the above mentioned vault that was constructed by Solomon.

An early tradition of the Ineffable Degrees provides for a “Sacred Word” in each degree from the Fourth to the Fourteenth inclusive. Each Sacred Word, a substitute name for God revealing one of his attributes, was intended to prepare the neophyte for the true Name of God symbolized in the 13° and revealed in the 14° as the Grand Ineffable Word of a Grand Elect Mason.

The room decorations should contain the Pillar of Enoch, with Enochian characters on it. Also, the room should have a Pillar of Beauty, as mentioned at the end of the 13th degree on which should be place the Ark. Finally, the room should have a burning bush. The symbolism behind both the Delta of Enoch and the Burning Bush are very similar. Both are representative of the physical manifestation of God as they appeared to both Enoch and Moses. You may have noticed, as well, that the senior officers bowed down in a way that might not be readily apparent. The bow being performed was one representative of the burning bush – our right hands blocking the powerful rays of light and shielding our faces. Both the delta and the burning bush appear as bursts of light bearing the ineffable name.

Taking this degree’s origins and the creation of the Delta of Enoch one step further, I quote liberally from Christopher Knight’s Solomon’s Power Brokers. “There is a Masonic degree called the Royal Arch of Enoch which dates back to 1740 and there is also a very ancient document called the Book of Enoch. This document was known to have been very popular among early Christians (It is quoted in the letter of Jude, in the New Testament), however, it fell from favor by AD 500 and most copies were destroyed. The work was lost from Western Christendom for over 1,000 years. However, it remained popular in isolated Ethiopia, where it remains part of the Ethiopian Bible to this day. It was to 18th century Ethiopia that a Scots Freemason, James Bruce, went in search of the long lost book. He discovered it in 1774 – nearly three decades after the Masonic ritual of the same name had come into existence.”

Knight, Christopher and Alan Butler Solomon’s Power Brokers: The Secrets of Freemasonry, the Church, and the Illuminati. 2007. Page 19.

Posted by waznojake at 8:05 AM 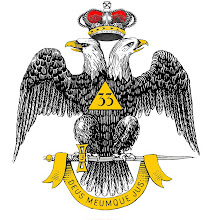 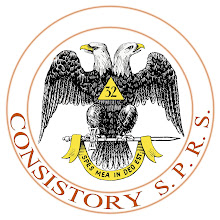 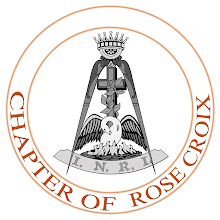 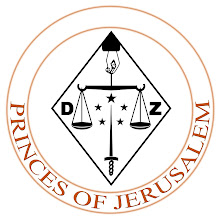 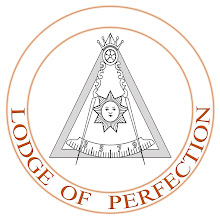